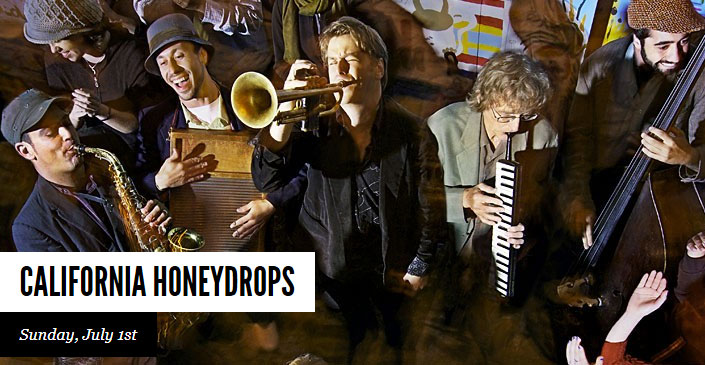 “The Honeydrops lit up the big crowd – a multicultural mob that included navel officers and tattoed hipsters – with their good-time music.” – San Francisco Classical Voice

“The most refreshing act to roll down the blues highway in some time. Few groups before them have melded so many strains of African American music into such a seamlesss whole.” – Lee Hildebrand, Living Blues Magazine

Since their formation four years ago in the subway stations of Oakland, CA, The California Honeydrops have completed seven successful European Tours, spread their honey on crowds throughout the U.S., and have recorded three acclaimed full-length albums of original music, all without the help of a record label or major booking agency. Their secret? An irresistible sound that blends energy and intimacy, undeniable talent and musicianship, and the soul and fervor of a spiritual street parade.