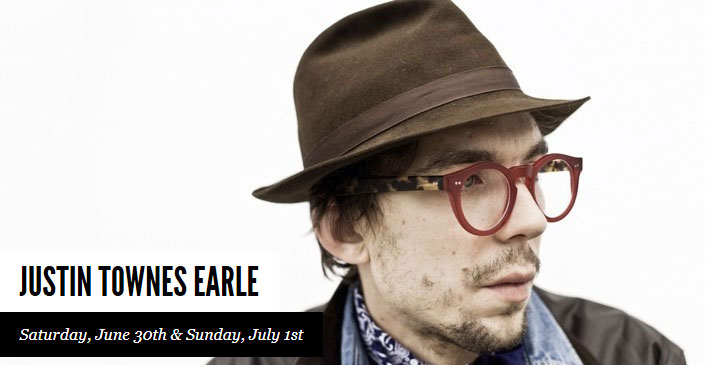 “He’s fully absorbed his genetic and cultural heritage and draws upon both with great skill and dimension … an utterly distinctive voice that takes what’s come before and artfully moves it forward with the power of a certain steel-driving man.” – LA Times

“A gifted performer in his own right.” – NY Times

“Earle has emerged a fully realized artist, with more than a decade’s worth of songs and stories; a rising star who defines himself and his art as Southern American rather than Americana, though the genre has embraced him.” – Pollstar

“Earle sings like a honky-tonk hero and thinks like a 21st century man. He’s sharp and young, and has soul to burn—a traditionalist that is not afraid to play ragtime and cover the Replacements punk anthem ‘Can’t Hardly Wait.'” – Guitar Aficionado

On a rainy Nashville Thursday last October, Justin Townes Earle leapt onstage at the famed Ryman Auditorium to accept the 2011 Americana Music Award for Song of the Year. The triumphant evening capped a turbulent twelve months for the gifted young musician categorized by significant hardship as well as notable achievement including debut performances at New York’s Carnegie Hall and on The Late Show with David Letterman.

Just one week later, Earle retreated to the western mountains of North Carolina to record his next album, Nothing’s Gonna Change the Way You Feel About Me Now – an intriguing title given the importance of change in Earle’s approach to art. “I think it’s the job of the artist to be in transition and constantly learning more,” he says. “The new record is completely different than my last one, Harlem River Blues. This time I’ve gone in a Memphis-soul direction.”

Those who’ve followed Earle’s growth since releasing his debut EP Yuma in 2007 won’t be surprised he’s shooting off in another direction. For an artist whose list of influences runs the gamut from Randy Newman to Woody Guthrie, Chet Baker to the Replacements, and Phil Ochs to Bruce Springsteen, categories are useless.

Perhaps then it’s also not surprising Earle chose a converted church in Asheville, NC to record Nothing’s Gonna Change the Way You Feel About Me Now. Recorded completely live (no overdubs) over a four-day period with Harlem River Blues co-producer Skylar Wilson, the album sheds the rockabilly bravado of previous records in favor of a confident, raw, and vulnerable sound. Says Earle, “the whole idea was to record everything live, making everything as real as it could be, and putting something out there that will hopefully stand the test of time and space.”

The result: songs like “Down on the Lower East Side” and “Unfortunately, Anna” are equally timely and timeless. The former finds Earle channeling Closing Time era Tom Waits while the latter echoes the dirges of Springsteen’s Darkness on the Edge of Town. That said, gentle heartbreakers like the album’s title track and “Am I That Lonely Tonight” are uniquely Earle, solidifying his role as one of his generation’s greatest songwriters.

Nothing’s Gonna Change the Way You Feel About Me Now comes out
March 27th via Bloodshot Records.